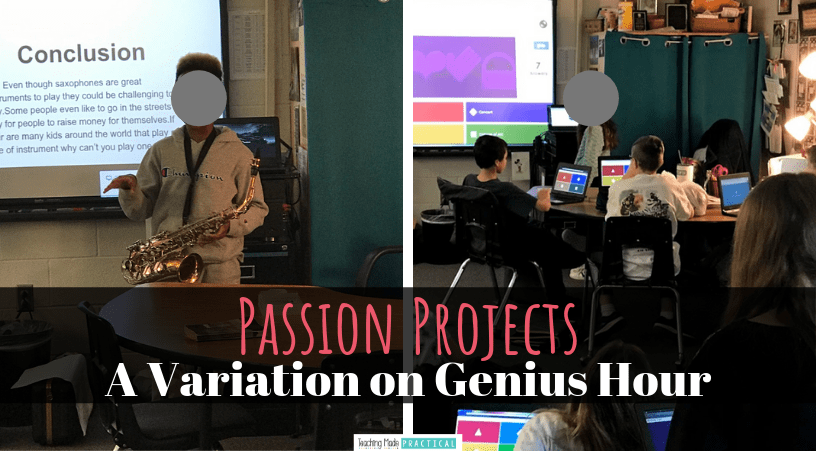 Ever wanted to try genius hour or a passion project in your 3rd, 4th, or 5th grade classroom?  Check out how another teacher has made this work in her classroom!  This is a great project to do after testing is over but before the end of the year.

For a long time I had wanted to try genius hour, but was having trouble finding the time to do it. So, I decided to figure out a way to incorporate it into my ELA block that I teach for all of 5th grade. With that being said, these projects can easily be used in most grade levels by adjusting the levels of support given to the students.

Teaching informational writing lends itself perfectly to incorporating more student voice and choice into their learning. Passion projects give the kids a chance to stop and think, “What do I love and want to learn more about?”

Before the big introduction to this project, I teach the kids the basics of responsible searching, evaluating websites, and how to summarize, paraphrase and quote the information they find.

This is an exciting day! I share photographs and discuss the things I am passionate about: my family, my pets, teaching, all things Disney, travel and photography. Then I share a Google Slide presentation with them that has an empty slide for each student to create a collage of all the things they love and that make them feel excited.

Once all the slides are finished, each student shares their slide and why they included each of the items they did.

Deciding on a Topic

Next, the students need to decide what they will focus on for their project. They begin by thinking about what they included on their slide. Then they narrow it down to one topic.

At this point, I meet with the students to determine if their topic is manageable as is, or if they need to narrow it down to something they can more easily work with for the project.

Once the kids have determined their topic, they go full blast ahead into their research. Since I’ve done this two years in a row, I’ve learned a few things along the way. The excitement is so intense for this project, that they need some time to just explore.

We spend a few class periods just looking for information that will help them. I don’t require them to take notes at this point, but many will. I just keep reminding them to bookmark any sites they would like to revisit later.

Working on the Passion Project

While students are in this phase, it’s extremely important to keep encouraging them to think outside the box. The internet is a great starting point, but I also push them to reach out to people who can help them.

Sometimes this means emailing like one of my students who e-mailed NASA for more information or another student who e-mailed the Humane Society. Most students who e-mail or make phone calls (we also had a lesson on phone etiquette) did receive responses and were delighted to hear what the professionals had to say.

We were able to find some local experts and they came in for interviews. One student’s project was all about being a policeman. He created a video interviewing his policeman father and the whole class was able to see the inside of his police car and how it all worked! How fun is that?

As the writing teacher, I did incorporate the students writing informational text. How they did this was up to them. Some created Google Slides, Powtoons, Prezis, videos, posters, tri-folds, their own inventive creations or even their own website!

The students knew they would be presenting to each other what they learned. We had a discussion about how boring it would be if everyone presented the same way, so it became somewhat of a competition to try and do something no one else was doing.

The kids become so enthralled with this project they really want to work on it at home. This was hard for me to allow as I want it to be their project, not something they helped mom and dad with at home. However, they were so excited, I did permit them to work at home after a solemn oath it would be their own work! 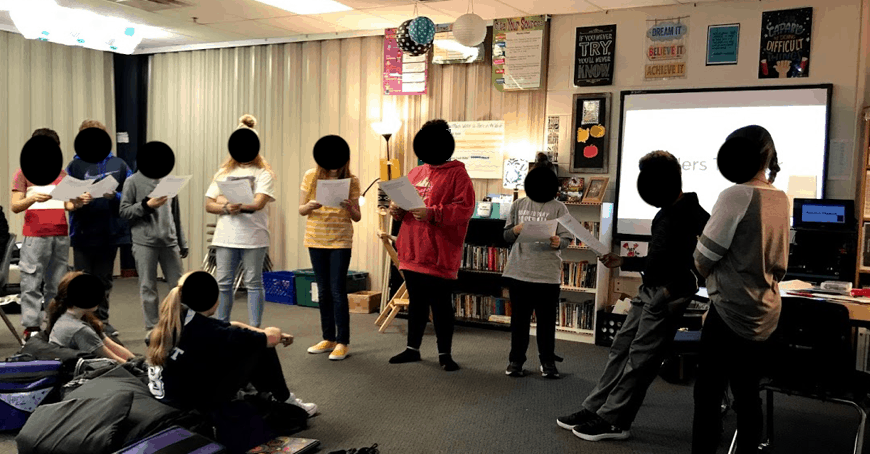 These students are performing a reader’s theater script that a student wrote to further explain her passion project.

When the work was complete, it was time for the kids to present their learning. On the morning we started the presentations, I rearranged the furniture in my room so that all the tables were in the back and all our flexible seating options were available towards the front of the room for the audience.

There were so many amazing presentations that involved things like their own videos they created with their Chromebook with websites such as WeVideo or videos they made on their phones, reviews using Quizizz, Kahoot, or just pen and paper, performed experiments, playing their instruments, and sharing artwork or items they created based on what they learned.

It took several class periods to get through all the presentations, and I was worried the excitement would wane, but they were enthralled with each other and couldn’t wait to come to class each day to see the other presentations. 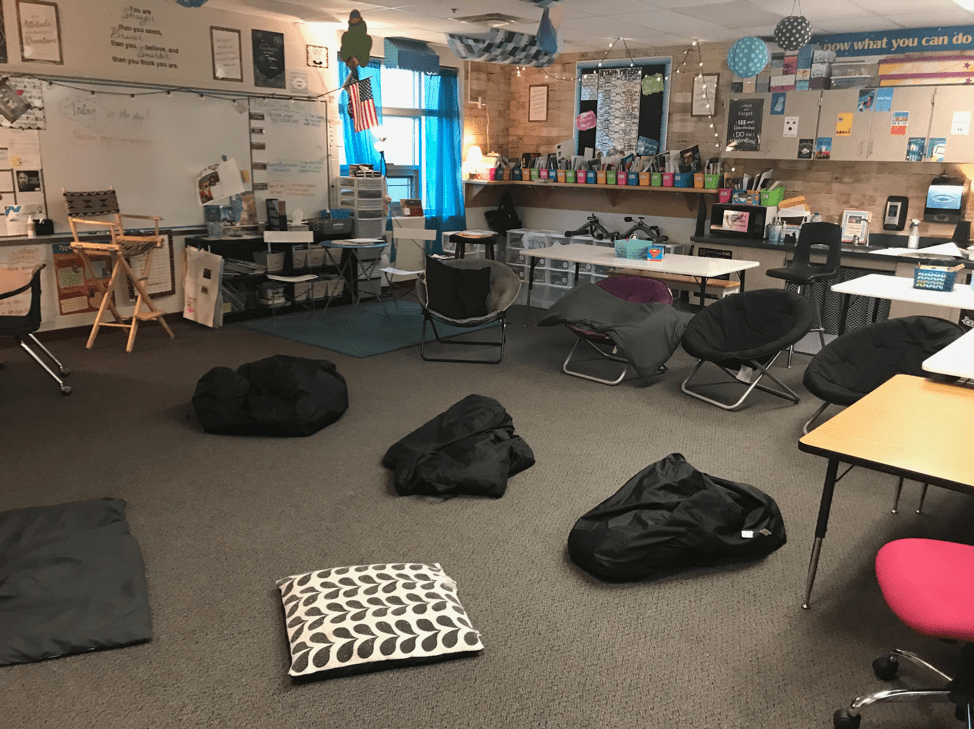 These passion projects are such an amazing and motivating activity to bring into the classroom. Even though I did this with my 5th grade students, it is easy to adapt to any grade level (for example, 3rd grade or 4th grade). Passion projects involve so many of our learning standards at every grade level, and as their teacher it is inspiring to see just what our kids really can do when we step back and give them a chance to be more in control of their learning.

At the end of the school year in May, my students had several PBL options for some activities. I worked hard to put all of the options together and create activities for them, however, many students actually just wanted to do another passion project!  That was such a validation for me that they were a raving success!

Passion projects are great to do at the end of the school year - but you might also like these other end of year ideas. 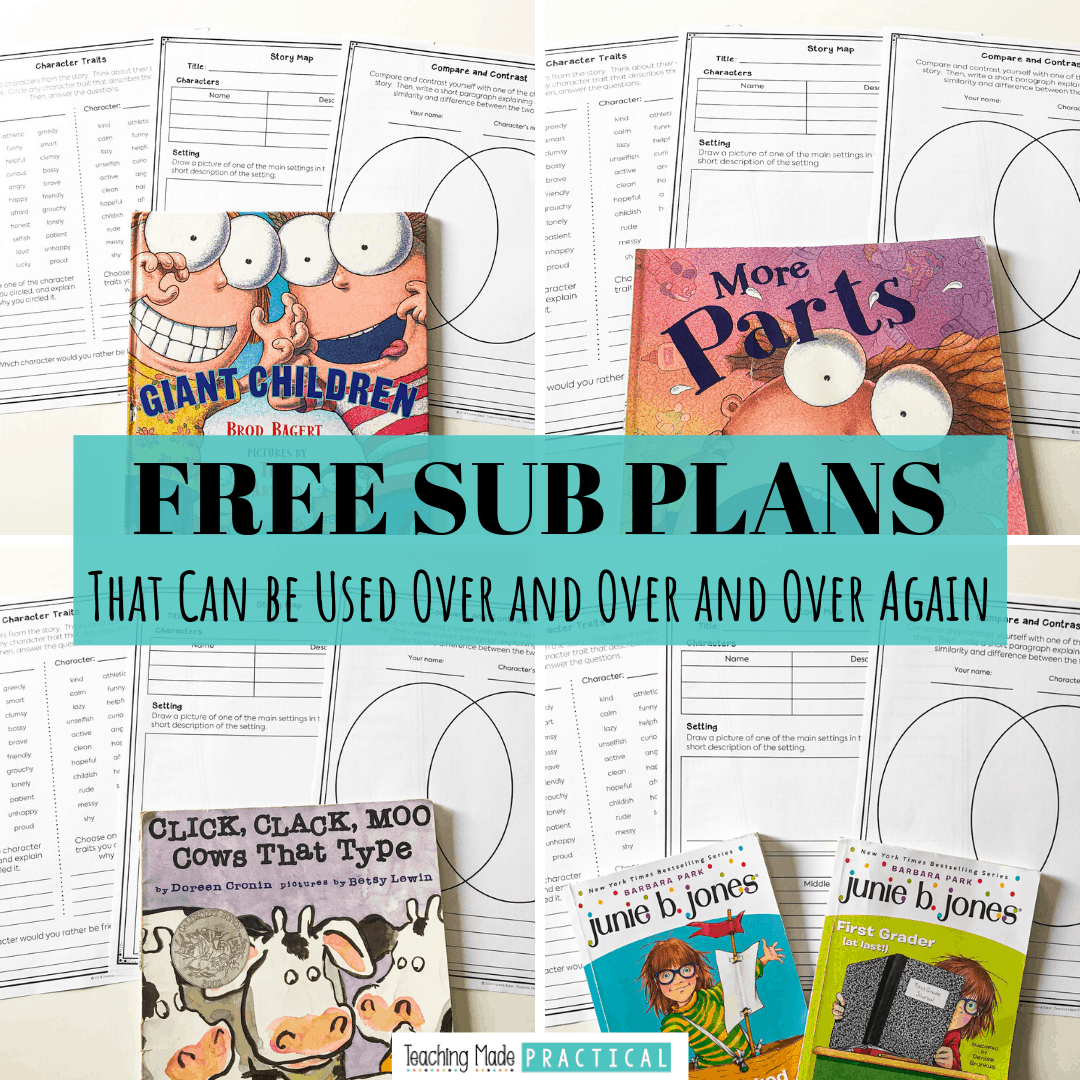 Make copies, find a fiction book, and you'll be ready for any emergency that comes your way! 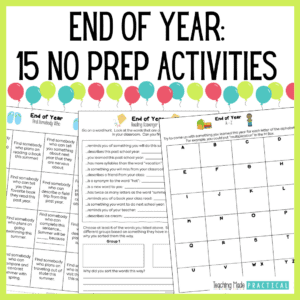 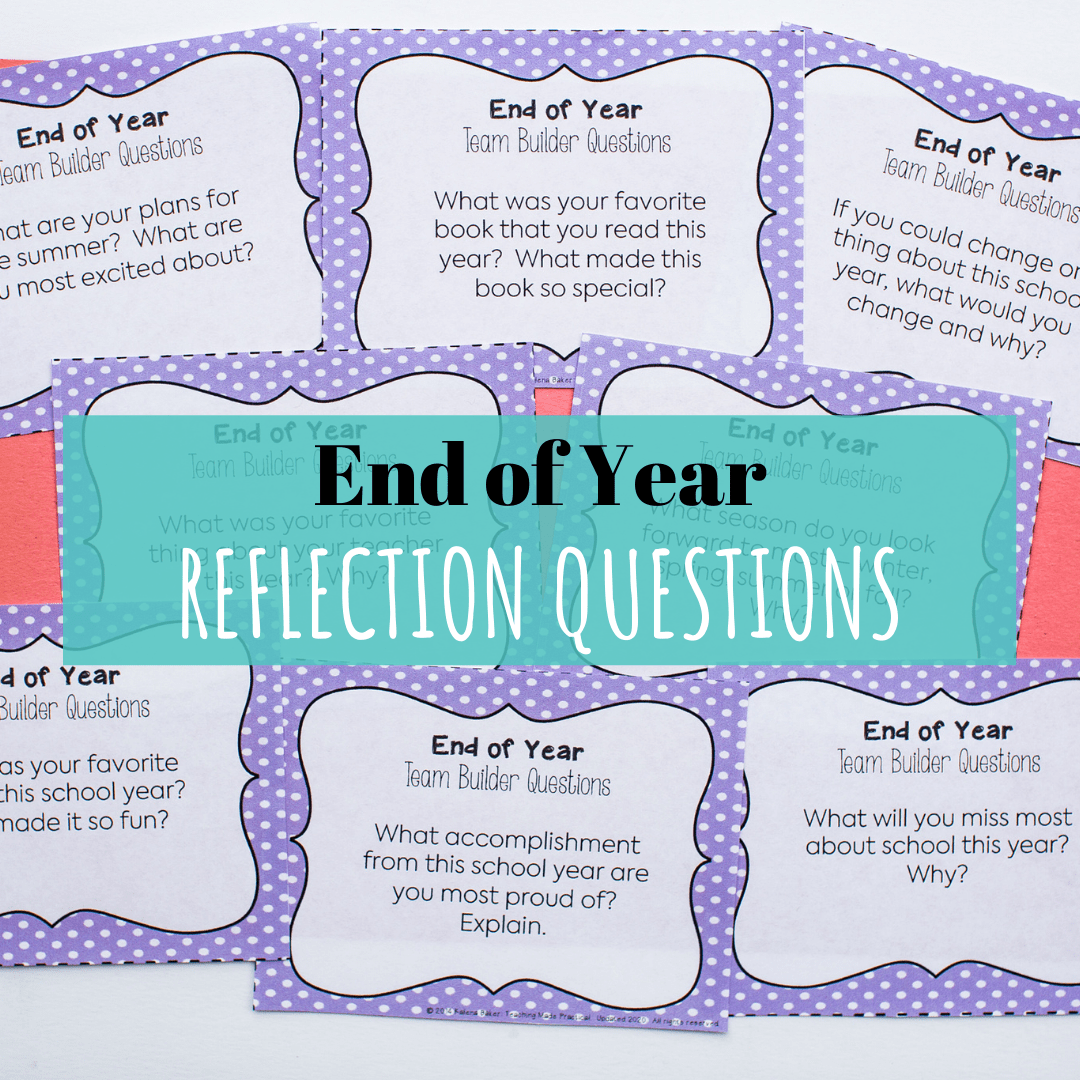